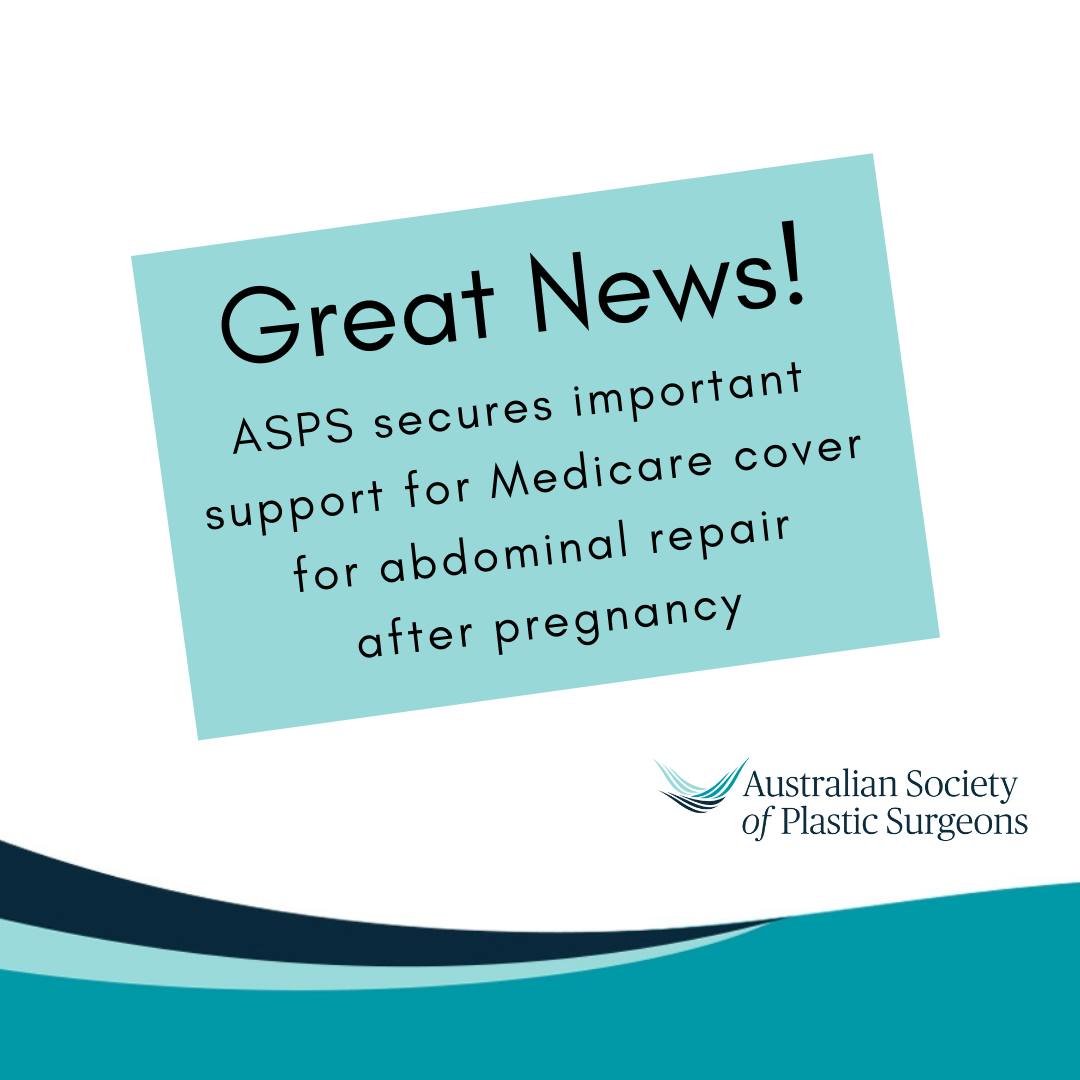 Australian women who suffer negative physical consequences of pregnancy, may be able to have reconstructive correctional surgery funded by Medicare later next year, after a campaign by women and surgeons to have the procedure reinstated to the MBS, (Medicare Benefits Schedule) five years after it was removed in 2016.

After reviewing a resubmission by the Australian Society of Plastic Surgeons, the MSAC (Medical Services Advisory Committee) has recommended to Federal Cabinet that a new MBS item number be created to reinstate abdominoplasty for surgical repair of abdominal muscles after pregnancy for symptomatic women who had failed other non-surgical treatments.

“We welcome this decision by MSAC and urge the Government to support it. Accessing this procedure will benefit those mothers who have suffered with symptoms such as chronic back pain and incontinence, resulting in a severely compromised quality of life,” said ASPS President, Dr Dan Kennedy.

Abdominoplasty surgery involves sewing back together abdominal muscles that have been separated during pregnancy (diastasis recti). This surgery was removed from the MBS in 2016 due to concerns it was being misused for cosmetic purposes rather than medically necessary reasons. Cosmetic surgeries are not covered by Medicare.

This impacted thousands of post-partum Australian women suffering chronic back pain, and in some cases, incontinence that failed to resolve with conservative treatment such as physiotherapy or Pilates.

Without a Medicare item number, private health insurance would not cover costs associated with the abdominal repair leaving many women unable to have the surgery or facing costs of more than $15,000 for the procedure.

While women who had sustained muscle injury due to pregnancy were denied reimbursement, the same operation was available under Medicare for people who had abdominal muscle separation due to significant weight loss or as a consequence of a tumorous mass.

“Because this procedure has been commonly described as a ‘tummy tuck’ many people assume that it is always purely a cosmetic procedure and find it difficult to believe it might be for a legitimate functional reason,” says Dr Kennedy.

“However for those women who need it, this is medically-necessary reconstructive surgery that restores functionality to women, and allows them to resume normal physical activities such as picking up their children or playing sport without pain.”

“We estimate around 3500 Australian women each year suffer moderate to extreme abdominal separation and back pain and only a quarter of those would want surgery costing taxpayers less than $440,000 a year.

“This review and the subsequent decision by MSAC to reinstate the item number is the consequence of multiple submissions by ASPS that included new evidence by Australian plastic surgeons, and was supported by the many dedicated women who have lobbied for this change,” says Dr Kennedy.

Mother of twins, Kerrie Edwards initiated a petition that was signed by 13,000 people and tabled in the House of Representatives by Dr. Fiona Martin MP, on behalf of many thousands of mothers.  This helped persuade MSAC of the value of the surgery to the health of Australian women.

“I am delighted with this decision. This will make an enormous difference to so many women who currently cannot lift their children without pain; cannot participate in sport or exercise, or who are finding it difficult to return to the workforce” says Kerrie Edwards.

The item number still requires formal cabinet and budget approval and is therefore not likely to come into effect until later in 2022.

The Australian Society of Plastic Surgeons encourages women to prepare.

“Women should ensure they have private health insurance in place and they should speak to their doctor about non-surgical options,” says Dr Kennedy.

Women and their surgeons will need to demonstrate the patient’s procedure is medically necessary and that non-surgical options have been tried first. Meeting these criteria will be necessary to be eligible for coverage. 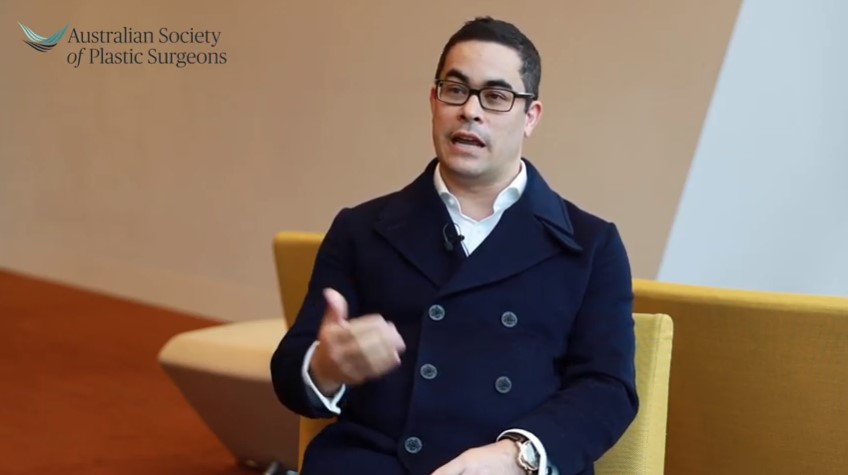 David Sharp – Why Did You Want To Become a Plastic Surgeon?